An intensely interesting point was brought up in the Dunne-Raby article in his comparison of American design projects from Futurama with a Soviet-era beacon of design. Both visualizations imagined what a plane of the future would look like, but the end results were vastly different and tailored to the ideologies, cultures, and habits of their respective nations. The American example by Norman Bel Geddes ‘Airliner No . 4,’ depicts a massive and luxe craft built for comfort and entertainment and taking the ‘strain’ out of travel, reflecting the American mindset at the time based on their already successful base of innovations. Conversely, The Soviet plane, ‘The Lun -class Ekranoplan,’ was ambitiously created as a tool to support the militaristic and propagandized view of the society at the time.

This is personally intriguing to me because my family is from Russia, and I grew up with stories from my parents about how massively different their way of life and thinking was, and their experiences with ‘Imagining the Future’ were informed by much different ideals. This is partly what informed my own speculative vision, a communist-type society where many things are standardized and regulated by the totalitarian government. I wanted to take the opportunity to picture myself in my parents shoes, and their extracurricular desires and needs within this type of system.

This ties back to the idea of personal utopias based on variables affecting the individual person. Just using the Soviet union as a jumping off point, it’s not hard to imagine the variety of micro-utopian futures influenced by factors of varying importance such as religion, climate, culture, diet,and of course politics + economy.  Countries like North Korea are an enigmatic minority in today’s capitalist dominated society, so the micro-utopias of its inhabitants on the very personal level will be vastly different than ones we would proposed out of the United States. This is a topic that I have found to be continually interesting, and plan on pursuing a greater understanding of the world’s cultures through their hopes, wants and needs facilitated through their personal utopian visions. 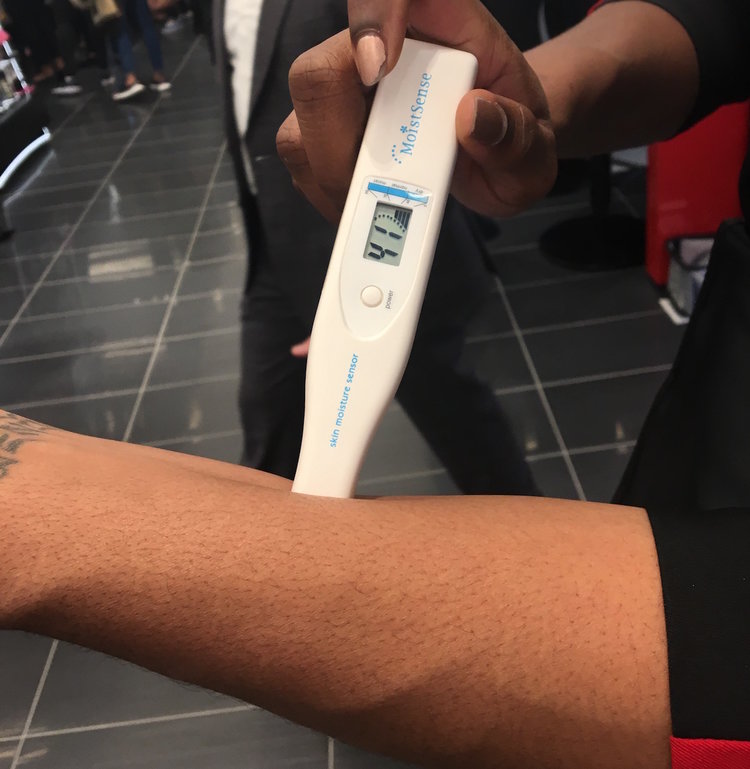 A recent breakthrough in the tech industry is a device used in person at makeup retailers that measures the moisture and consistency of the skin and uses that information to profile the customer and represent that inffo as a product. For example, the skin can be tested for oil/moisture content, so Sephora brought this technology to  its stores to help its customers find a foundation formula in the store best suited for their skin. This takes the guess-work and anxiety out of finding the perfect fit, and some more advanced current models, like the one used by Lancome in their custom makeup creator can even delve deeper and determine ideal colors and shades for the customer in anything from foundation to lipstick to blush.

The current state of these technologies is in its infancy, with these devices mainly aimed at one task such as moisture and color, but the future can hold a version that is much more integrated and whos end goal is more analytical in nature. Future forecasts can envision a complete facial analyzing apparatus used by cosmetics companies that can all-in-one analyze and recommend a full face of beauty, effectively stripping the beauty industry and its following of their individuality and creativity, and favoring  predetermined ‘ideal’ looks and shades for the individual.

To me it seems that there are somewhat conflicting views on what is in store pertaining to automation of work. Firstly, there are different ideas of the degree of automation, be it the ideal scenario discussed by Srnicek and Williams total automation and full unemployment or a Keynesian example of a reduced work weeks.  The First of these visions is possibly the most negative and nihilistic, since it is the current view that ‘robots are taking over our jobs’ and is going to lead to exponential levels of unemployment for the benefit of the financial elite. But Srnicek and Williams argue that automation should be embraced, Robot labor is cheaper in the long run and produces the things needed and wanted by human society and “frees us from the effort of producing them.” (107)

John Maynard Keynes, an economist who worked in the 1930’s around the time of the Great Depression, theorized that by the time his grandson was an adult, we would be working 15-hour weeks split into 3-hour day. His argument for the 15-hour work week was that over time, thanks to machines and technology and new ideas, people get more productive. The reality of the situation is not that, but a sustained average of 40-hour weeks. This is not to say that the current state of tech, robotics and automation can’t get us to that 15 number, but seemingly political conflicts seem to be the halting factor for this goal. Gradual automation of labor can be the answer to the heavy weight of capitalism on the worker, and alleviated from the economic pressures of the capitalist workplace, can lead to a boom in creativity, increased happiness and lower rates of depression and mental illness, and innovations that can take society in a new and exciting direction.

Current moves to increase automation in the workforce have lead to unexpected shifts in the human parts of many industries. For example, in the chapter by Peter Frase, the example of breweries and wineries is given to show the recent rise of industries where exceptional service heightens the buying experience and brings more value to the labor procured. Similarly, in an article from Vox, the example used is Starbucks, the world’s favorite coffee chain to hate on. But Starbucks has been so successful for a sustained period of time that they must be doing something right? The article states that ‘Inefficiency is a mark of luxury’ and in this case, Starbucks chooses to allow their baristas to take longer than needed to make drinks, creating the appearance that higher effort was put into making it. Although they know there are cheaper and faster ways of obtaining coffee, customers keep coming back because of a certain degree of sophistication and attention.

Pentatonic is a fantastically transparent furniture and home design company based in Berlin, and what sets them apart is that their products are made and designed with an acute level of sustainability in regards to both the environment and the economy and aim to “Radically transform the culture of consumption.”

They are most known for their chairs and desks, which are manufactured with mainly garbage materials sourced and removed from landfills such as soda cans being used to make legs for chairs and tables, iPhone screens used to make cups and bowls, and plastic bottles to make up plastics in their chair backs and table surfaces. Their mentality on their material is to actively takes the role of reducing waste and removing it from the environment, and giving it new function. Additionally, purchase of pentatonic furniture comes with a lifetime recycling program that lets the purchasers sell the parts back to the company so they can be re-sold and made over again, effectively creating a zero-waste product.

This business model without a doubt is very sustainable in its production and promotes the recycling of economy within products. Pentatonic creators Jamie Hall and Johann Boedecker explicitly aim to inspire other product-based companies to think more about the sustainability of their materials and production, as well as try to convince them that the “recycling-economy” is in fact possible in a large scale and can be introduced into mass markets. They work hard to optimize their sustainability  and be a lead example to those around them in the interest of the planet and as a new mindset in design that we need to be moving towards, its just up to us to learn from this model and run with it. 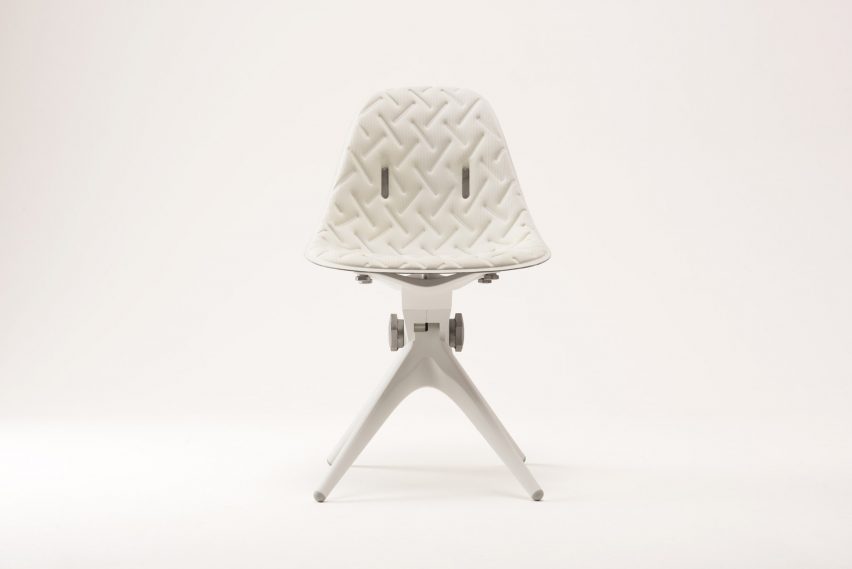 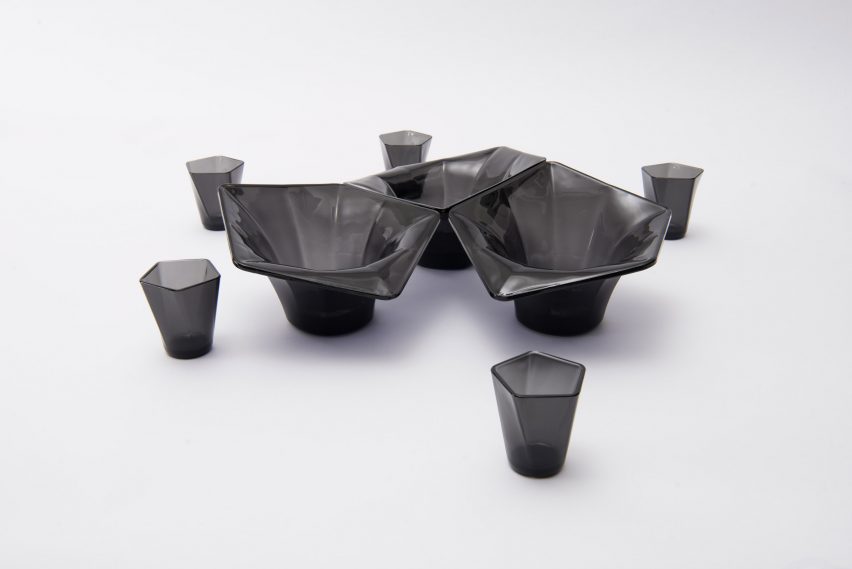 A collaborative studio of Communication, Industrial, and Fashion Design at the School of Design, University of Cincinnati.